AN UPHILL BATTLE: "The Hobbit: The Battle of the Five Armies" Is A Feast of Spectacle That Doesn't Justify Its Bloat.

This question is posed by the dwarven king Thorin Oakenshield (Richard Armitage) halfway into Peter Jackson's The Hobbit: The Battle of The Five Armies. By that point, the character has used up whatever good will he has left with not only the outer world-at-large, but with his twelve dwarven companions. However, despite all that his character has done through the course of this film, they still follow his lead headless of the bittersweet ramifications. It seems almost a metatextual plea from Jackson himself to the viewer regarding The Hobbit: The Battle of The Five Armies, considering he's turning what amounts to perhaps thirty pages (depending on the edition) of one novel into a bloated two-hour plus film (which ironically is the shortest of all of Jackson's Tolkein adaptations). Mercifully, the bloat is not as egregious as it was in The Desolation of Smaug; here there is a tighter focus as the narrative speeds, in jerking spurts, to it's conclusion. 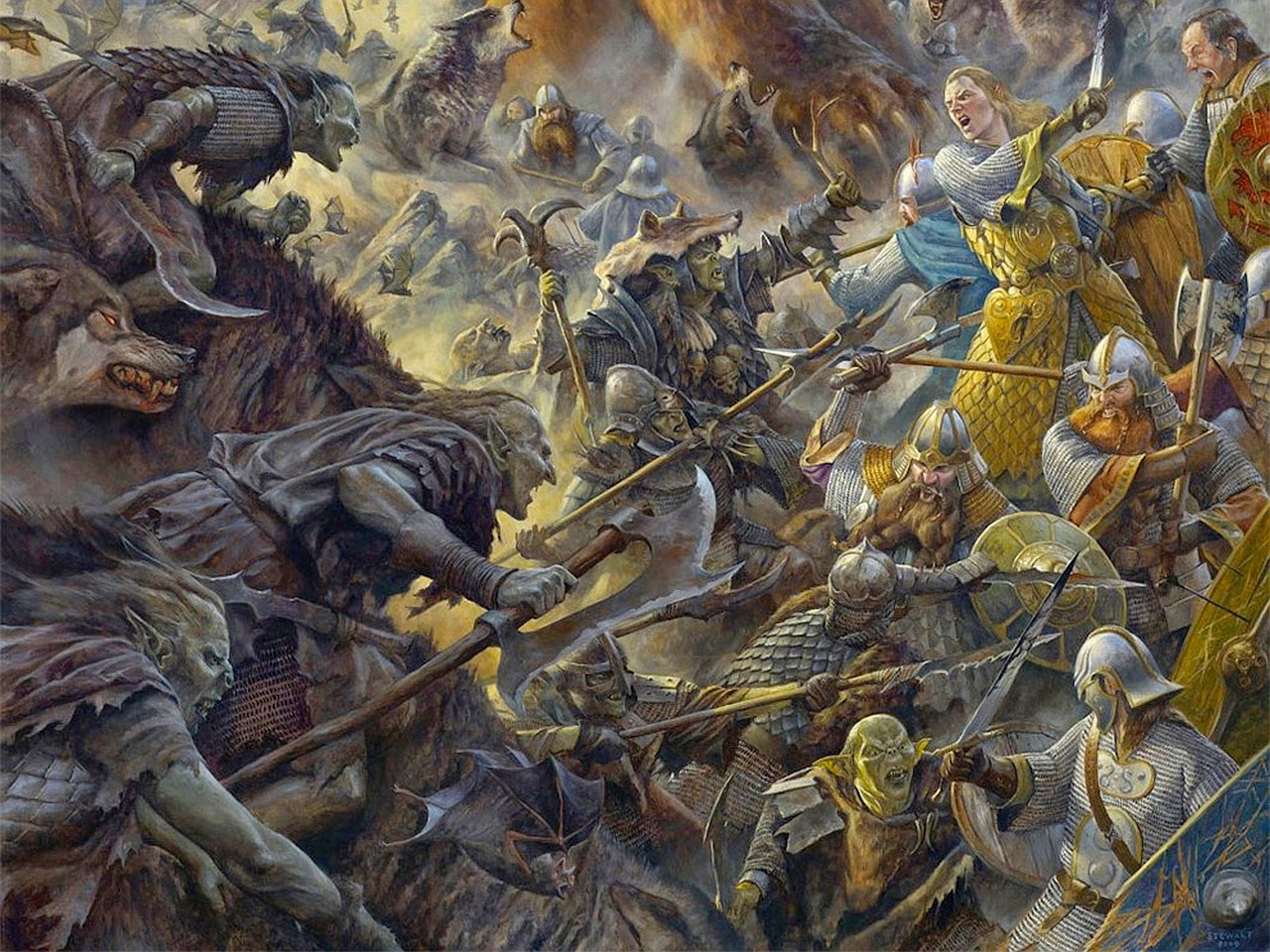 Well, not until a whole lot of this takes place.


The film takes up where the last one ends, with the dragon Smaug (Benedict Cumberatch) laying seige on the seemingly defenseless city of Esgaroth/Lake-Town. Meanwhile, Thorin Oakenshield turns his back on the helpless humans, choosing instead to revel in his newfound wealth and seek the yet-to-be discovered Arkenstone, deafening his ears to the compassionate pleas of Bilbo Baggins (Martin Freeman), begging Oakenshield to honor his word. As this takes place, Thranduil (Lee Pace) leads his elven army to The Lonely Mountain to reclaim the elven jewels held there, unaware that the orcan general Azog (Manu Bennett) leads a militia of orcs and goblins to claim the mountain and lay waste to all beings they find be they human, dwarven, or elven, Lastly, Gandalf the Grey (Sir Ian McKellen) is slowly dying at the hands of The Necromancer/Sauron (voiced by Cumberbatch) in the abandoned fortress of Gol Dulgur. It all comes to a head at the base of The Lonely Mountain. 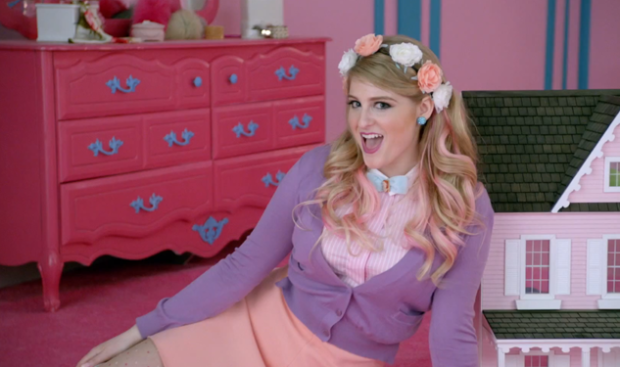 It's difficult to view this film as a stand-alone picture because (a) it's not, as it is dependent upon what the events of An Unexpected Journey and Desolation; and (b) the fact that Jackson's previous Lord of the Rings adaptation trilogy was vastly superior in execution. Granted, Jackson and his team of screenwriters (Fran Walsh and Phillipa Boyens) took lots of liberties with the source material for those film as well. But at least they remained somewhat faithful to the source's tone, if not its themes and motifs.

What irks the most is how much Jackson & Co. miss the point this time around. The Hobbit is not The Lord of the Rings, despite both works being penned by the same author. The Hobbit is a charming, whimsical tale that, while ostensibly geared for children, is a rite of passage character study; particularly the character of Bilbo Baggins. That charm, that whimsy, is all but lost.  It's only in two scenes towards the end...two small scenes, mind you...the spirit of the source material is captured. Heart is traded for spectacle and, while that spectacle is grand, it's also souless. Jackson's stretching out the novel, along with inserting material from other Tolkein works as well as creating a wholly new subplot that doesn't exit, only calls attention to the weaknesses in the endeavor. As such, we're treated to long stretches of dialogue and soap operaish elements that make what is supposed to be taken seriously teeter dangerously into parody.  With the original films, it was easy to buy into the moments of pathos and heroism as they were interwoven organically through the story beats and the performances. Here, Jackson's direction is so self-consciously heavy handed, as the actors are made to stop and pose for dramatic effect, the moments are constructed in such a way as to seem like a subliminal "applause" message at an sitcom-studio audience taping. Strike a pose, there's nothing to it. Madonna would be proud. 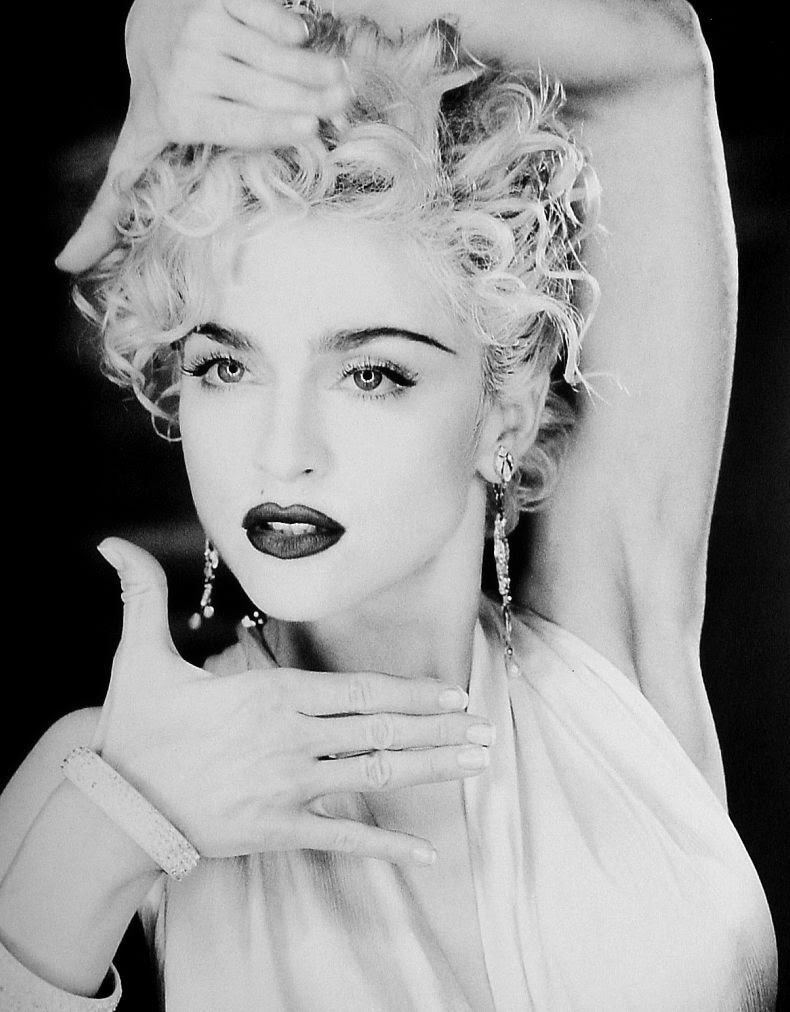 And what of those characters brought in that had nothing to do with the story? Perhaps by way of apology, given the actor's scenes having ended up on the cutting room floor upon theatrical release, Jackson gives Christopher Lee's Saurman more to do in a rescue sequence that is reminiscent of his turn as Count Dooku in Star Wars: Attack of the Clones, with the Galadrial (Cate Blanchett) and Elrond (Hugo Weaving) providing back up. The scene is the obligatory foreshadowing of the events in The Fellowship of the Ring, but it makes sense and works within its context.  Unfortunately, Orlando Bloom's Legolas' presence only serves as reminder of how much better the previous series of films were. If you thought his Oliphant battle sequence in The Return of the King stretched the bounds of credulity, what he does in this film makes that sequences feels as though it were within the realm of actual physics. And, as for the shoehorned, exclusive to the films burgeoning romance between dwarven Kili (Aidan Turner) and Tauriel (Evageline Lilly), it would be bad enough to say that it doesn't enhance the procedings...but the most telling indictment is that it doesn't detract from it, either. Despite both actors' charms (which they do have in abundance), and their best efforts, their story is executed so superficially that it fails to make a mark. There's no emotion, no resonance, because the two are simply not given enough time in either of the last two films to make an impression. Tauriel exists only to keep the film from becoming, in crass vernacular, a sausage-fest. Whether that is purist quibbling or not, the bottom line is that to shoehorn a non-existent romance for demographic concerns show a lack of confidence in the material itself and, thus, undermines its presentation. 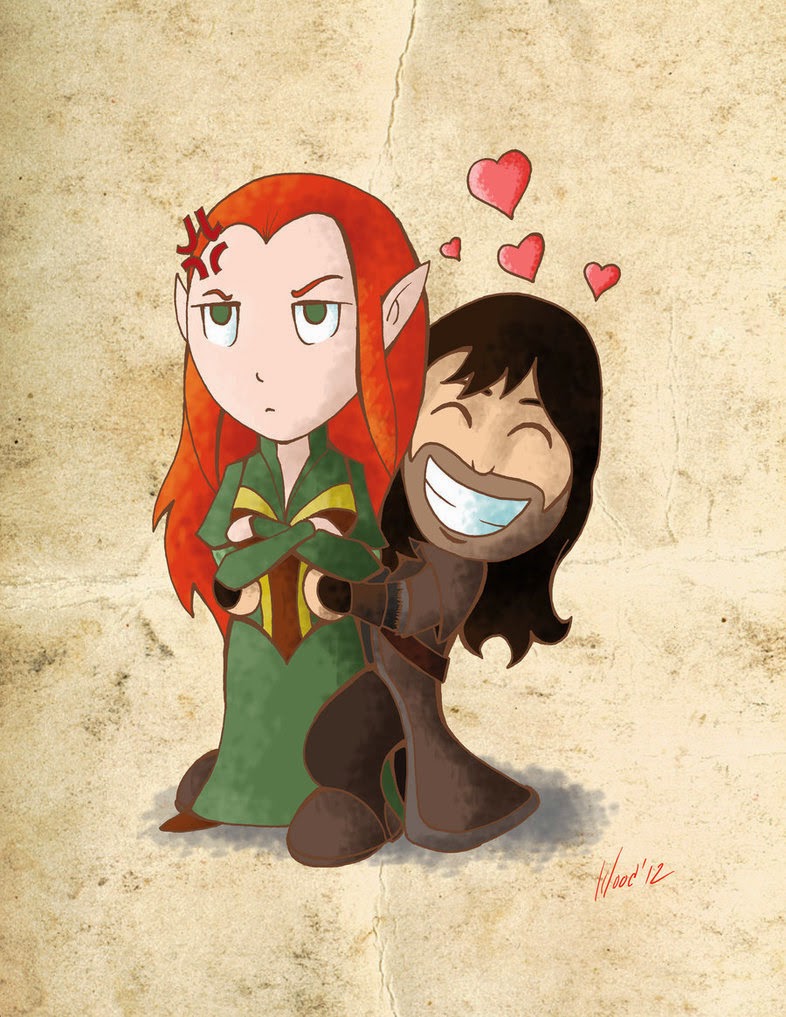 While the film gets a lot wrong, what it gets right, it's so RIGHT.  The film is sumptious to look at. Even more than An Unexpected Journey, the viewer gets an idea of scope and scale to Middle-Earth. Alan Lee's drawings come to life in a way that hints at the epicness of Tolkein's world. As for the battles themselves, they are something to behold. The CGI and 3D effects, somewhat disjointed in the last film, are much more streamlined, adding to the film's majesty and worthy of being seen in IMAX. Now, given a 45 minute battle run time, some (not all) skirmishes go waaaaay too long. Further, some of the battles are shot and choreographed in such a way as to be unintentionally humorous, which in turn minimizes the poignancy of some the outcomes of said battles. Nevertheless, they are on par with those in The Return of the King  though, given the rule of escalation in drama, they shouldn't be. 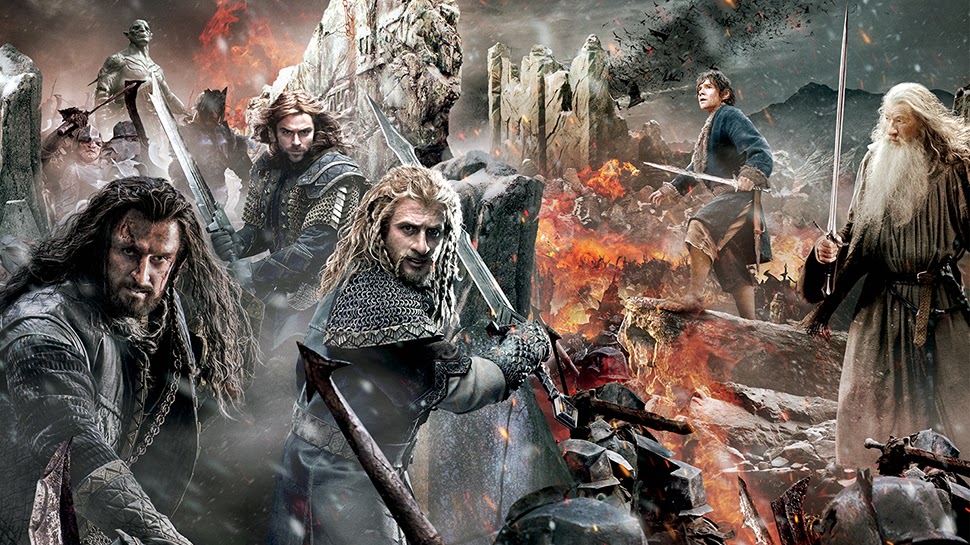 The three of us make for one Aragorn. Honest.

Seemingly an afterthought in the previous film, Martin Freeman makes the most of his expanded role as Bilbo Baggins. While his Bilbo's journey in the film is not as transfromative of character as in the book, Freeman's convincing performance reminds the audience that he is the film's heart and conscience. Freeman manages to make the role his own even as he maintains Ian Holm's idiosyncraces; no easy feat.  He draws you in to Bilbo's joys and inevitable pains, as much as Richard Armitage's Thorin draws you into his own "Madness of The King of the Mountain". Armitage skillfully swings from emotion to emotion with the skill of a trapeeze artist. It's a surprisingly mesmerizing turn, even if one particular sequence is emblematic of the afore said soap opera melodrama. Lee Pace's wood-elven king is as arogant as ever, but Pace deftly shows hints that there are chinks in the emotional armor, and at the film's end, there is a hint of emotional growth in the character. Nothing need be said here about Sir Ian McKellen as Gandalf that hasn't been said in over a decade. He basically is that character. Special mention has to go Billy Connoly as Theorin's cousin Dain and Ryan Gage as Alfred, for bringing much needed, intentional comic relief; especially the latter, who ramps up the character's smarm and opportunistic cowardace to great effect.  One of the best actors on set, however, may be the dog who happened to look up at the camera crane as it was panning back for a long shot. Howard Shore's orchestrations give the film the urgency it requires, even if it lacks in some of the punch of his previous efforts in these series of films, Smaug excluded. Yet it compliments the film well, especially at the conclusion and denoument, wherein echoes of The Fellowship come into play. Despite some of the over-the-top elements, the performances will move you. Have a couple of tissues handy. As afore said, there are a couple of moments that capture the spirit of the novel, and one would have to be hard of heart not to be moved by them.

On it's own, The Hobbit: The Battle of the Five Armies is a good film but, ultimately, falls short of the intended mark; a victim of both it's own hubris and excesses, and in comparison to the previous installments, hampered by the very legacy it attempts to bolster. It is in turns plodding and rousing, teetering between the two extremes like a see saw, but thankfully the good outweighs the bad.  Yet for all that, one can find solace in the fact that the film's meaning stems from Martin Freeman's presentation of the virtues found in the heart of a simple Hobbit who tries to make things right. Would that Peter Jackson had remembered that instead of seeking box office riches akin to all the gold in The Lonely Mountain.