WORTH A CALL: The "Ghostbusters" Reboot Is An Interesting But FlawedTake. 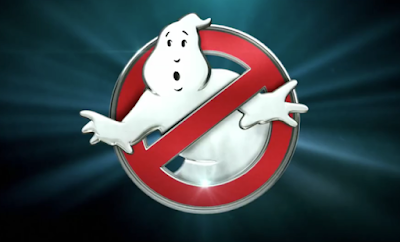 It’s difficult to begin this review without addressing the giant Stay-Puft-Marshmallow Man in the room, so I won’t even try. The new Ghostbusters was a contentious proposition even before a single frame was shot; a reboot boasting an all-new, completely female cast. Invectives were hurled, shade was thrown, declarations of youthful ruination abounded, and an a priori prejudice based solely on gender. Some of the feelings are understandable. In the course of 32 years, the original Ghostbusters, (starring Bill Murray, Dan Ackroyd, the late Harold Ramis, Ernie Hudson, Sigourney Weaver, and Rick Moranis), a poorly-reviewed film upon release, has almost achieved a quixotic level of beloved, almost mythic reverence in pop culture. “Quixotic” because when one scrutinizes the film, it is less a plot driven movie and more a string of SNL/SCTV skits held together by a narrative. The charm and, arguably put, power of the film primarily comes from the years-forged chemistry between the holy trinity of Murray, Ackroyd, and Ramis and, to be honest, they were either playing themselves or another permutation of characters they’ve played before, peppered with just enough nuance (if it can be called that) to avoid stereotype. Ramis’ “Egon” was just "Russell" from Stripes (1981) with a tighter sphincter. Ackroyd’s “Ray” was an exaggerated version of every other pretentious non-everyman he had played in the past, and Bill Murray…was Bill Murray. It was the (much of it improvised) interaction between the three (with great assist from Hudson and Weaver) that made the first film a classic, and its sequel just above tolerable.

Keep in mind that, again, it has been almost 30 years since the proverbial band got together. In that time, Ackroyd churned out scripts which director Ivan Reitman reportedly couldn’t get behind. Murray avoided reading them and continually passed. Ultimately and sadly, Ramis’ passing put a kibosh on any opportunity to revisit these characters one last time.

The above speaks to the main disadvantage of any Ghostbusters reboot that would've taken place: It would not have the chemistry that really was the films’ selling point. But there was too much financial potential in this franchise for Sony and Columbia not to exploit. Hence, its relaunch, this time with director Paul Feig (Bridesmaids) at the helm (though Ivan Reitman, as well as Ackroyd, stayed on as producer) and the cast headed by Bridesmaids tag team of Melissa McCarthy and Kristen Wiig, who play “Abby Yates” and “Erin Gilbert”, respectively; two estranged sisters-from-another-mister. When Erin’s tenure at a prestigious university is threatened by Abby’s re-releasing a paranormal book the duo co-authored, she goes to confront her frienemy but instead gets caught up in Abby and her “riot grrl”, fellow genius lab partner Jillian (a very manic Kate McKinnon) research into an increase of paranormal activity, which leads to them creating tech that can track and capture ghosts, and also realize that there’s a pattern to these sightings….

As with all reboots, it's an old story given a new coat of paint; a vibrant one at that, given the film’s visuals.  However, this serves to weaken the film and thus precludes it from standing on its own merits. Further, the film is extremely self-aware of not just the torch it’s carrying, but also the burden it's shouldering. It’s a rehash with a more drawn-out origin story. Unlike the original films which, as afore stated, relied on the years-honed chemistry between Murray, Ackroyd, and Ramis, it is absolutely necessary here. Unfortunately this means that the new leads, which include Leslie Jones as “Patty”, the “every person” Ghostbuster with a matchless knowledge of the city, have to go a long way to get a grasp of their characters and the struggle is, at times, noticeable; serving only to remind the viewers of the long shadow the first film casts.

The quixotic aspect of its film is that its respect and homage to the past is both its blessing and curse. It’s reverential to the source material (and its cast; especially in one blink-and-you-miss it moment that will bring a tear to the eye), to an almost slavish degree. While it shows respect, it also undermines its attempt at being its own, brand new entity. Also, it’s hyper aware of its controversy, as the dialogue is peppered with metatextual commentary about the fan uproar (one particular sublime scene is especially metatextual given the actor participating in it. Let’s just say a certain performer finally got his wish in much the same way Harrison Ford did, and leave that there). It is nevertheless a testament that the dialogue by screenwriter Katie Dippold (and Feig) is such that if one was not aware of the controversy leading up to the film, it wouldn’t be as distracting, if at all.

But that gender “controversy”(such as it is) is immaterial. These are not women who are Ghostbusters; they are Ghostbusters that just happen to be women. Their sex really isn’t a factor in the film (aside from maybe a joke or two about orifices). While it can be argued that this is a negative because presupposes that the characters could be interchanged all men or co-ed, it’s a positive because they’re treated as real people and individuals...which is a testament to the actors despite some of their struggles. The characters are presented and treated respectfully (as respected as Ghostbusters could be. They weren’t the apple of everyone’s eye in the original films either, regardless of sex).

That so much has been discussed above its easy to lose sight of the fact that this is a film to be analyzed and considered on its own merits. How does the reboot fare as its own entity? Unfortunately, for all its ambitions and good intentions, its a mixed bag. As a contemporary reboot, it’s darker and, in some respects, more disturbing. The current cinematic trend of disaster porn hasn't skipped this production. On the flip side, the film possess some heft and emotional weight. But, boy, at least the film looks good. The visual effects team must have raided all of Disney’s Haunted Mansions for the look. It’s a film grand in scope, but jerky in presentation. Not all the jokes hit, and the pacing issues echo those of 1989’s Ghostbusters II.  The stop-and-start nature narrative can be frustrating at times, but the climax of the film does manage to top that of the original film. By the same token, there’s so much going on and in such a scope that it threatens to overwhelm; a case of overcompensation and catering, perhaps, but damn if it doesn’t look engaging.

As to the performances, despite occasional hiccups, it seems that everyone is having a good time. McCarthy and Wiig deliver solid performances and effectively sell their emotional journey of trying to find reapproachment after years of estrangement. Leslie Jones has been the target of cyber-bullying of late because of this film, all of which meritless and unfounded, as she fully commits herself to her role and does so effectively and amusingly, her energy rivaled by her co-star McKinnon, who fully embraces her characters idiosyncratic iconoclasm. Andy Garcia appears as a very clueless image conscious mayor, who could be a metaphor for frankly any previous New York mayor of the past two decades. As the villain of the piece, Neil Casey is on note. His character is essentially a fade-to-the-background schlub, and the performance delivers, almost too well.

But the actor who steals the show right from under everyone is Chris Hemsworth as “Kevin”, the Ghostbusters’ gender-bent “dumb blonde” receptionist. Hemsworth, best known for superhero roles (which is nudge-nudge-winked-winked here), shows off his comedic chops to great effect to the extent that his performance dominates every scene he’s in. Even when a scene doesn’t work, he does. He’s clearly having the most fun he’s ever had in a role, even surpassing his extended cameo in the recent remake/reboot of National Lampoon’s Vacation. Yet he also manages to take this performance and use it to buoy, not overshadow, his costars.

The score by Theodore Shapiro is effective, and incorporates Ray Parker, Jr.’s now-iconic theme into the orchestrations; something that the late great Elmer Bernstein hadn’t done. Which is (there’s that word again) quixotic: It stamps it as a Ghostbusters film when presented, but highlights how generic it is in its absence. Nevertheless, it does what a score should.

Ghostbusters does not ruin the franchise (or childhoods), but it doesn’t necessarily save it, either. It’s a noble effort in the sense that it had a lot to juggle and has varying degrees of success. It's ambitious but disjointed, and the laughs are farther in-between than one would like. The film is weighed down but dependent upon the mythology it celebrates. Time will tell whether or not this reboot of the franchise can make anything approximating in the impression that the original. Speaking strictly as a film critic, it’s worth seeing once on the big screen, but doesn’t offer much by way of repeated viewing. It’s an experiment that yields mixed results, and one that doesn’t narratively justify a sequel.  Speaking, however, as an individual, there is one aspect of the film it must be applauded for: It reinforces the notion that heroes are heroes, no matter what their race, creed, or (and especially) gender. That, above all else, is why Ghostbusters should be given the benefit of the doubt.
Posted by Paul Llossas at 12:21 PM