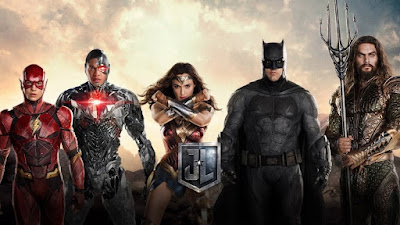 As I type this, I think of Ted Knight.

His is a name perhaps unfamiliar to millennials, but one fondly remembered by the Baby Boomer and GenX generations. To the former, he was the goofy, cluelessly self-absorbed news anchor Ted Baxter on “The Mary Tyler Moore Show.” To the latter generation, he was known for his turns as the snobbish oaf Judge Smails in Caddyshack and, to a lesser degree, “Cosmic Cow” cartoonist Henry Rush on the show “Too Close For Comfort”. But to that (my) generation, he's best remembered (at least to me) as narrator for the first season of the Saturday morning cartoon “Super Friends”(1973), a "watered down" take on the Justice League. The reason it's remembered so fondly is because his delivery gave an iconic, reverential stature to material that had been dismissed as childish fare. To this author’s mind, no other production before or since has presented the characters of Superman, Batman, Wonder Woman, and Aquaman with such gravitas sans irony or parody. His introduction implied relevance to those characters, even if the episodes themselves were hokey (even by the standards of the day).

His voice resonated as I sat down to watch Justice League (2017). The young fan in me longed to feel that same swell of anticipation of seeing these heroic figures brought to life as a team for the first time. Unfortunately, Justice League doesn’t quite live up to that aspiration. While it is a good film, it doesn't reach the potential to be great.

Sounds like the makings of an epic. It certainly looks epic. As with most of these films, the CGI visuals are stunning to behold. But that’s as far as the epic sense goes. It should feel epic, and  not solely due to the uniting of these characters. Themes of deconstruction, rebirth, and redemption, and the threat of the end of all that is are as replete here for each character as they were in the recently-released Thor: Ragnarok.  But unlike that film, they’re not handled as deftly.

Part of this stems from a disjointed story flow and narrative, an expected result when a production is as troubled as Justice League was. Zack Snyder is the credited director, but Joss Whedon was asked to step in mid-to-post production to complete the task when personal issues forced Snyder to abdicate his role (Whedon is given a screenwriter credit alongside Chris Terrio, belying the extent of his contributions)…and perhaps some not-so-personal issues as well. Speaking conjectureally, it is highly arguable that the poor critical reception of the dour entries Man of Steel and Batman v. Superman: Dawn of Justice, weighed against the critical and financial success of the more upbeat and inspiring Wonder Woman, plus the reported amount of re-shoots, contributed to the haphazard nature and tonal shift of the film. Put succinctly, it has "too many cooks in the kitchen". It's a patchwork film, with Cliffs Notes story beats replace fleshed-out story. Characters arrive at certain points only because of plot requirements as opposed to the story leading them there, requiring a complete leaps in logic in some cases (due to scenes being excised during editing is up for debate). A more egregious storytelling sin is that this film's plot requires a presumption of a priori knowledge. Hence, many events and conditions are either left unexplained or unknown unless you’re among the initiated (i.e. superhero/DC comic book fans). Anything to propel the story forward and fit in as much of its impressively named cast as possible. It doesn’t help that some of these moments coincide with scenes that exist solely to set up another DC movie. Cool! It’s Mera (Amber Heard) you would think…if you knew who she was from the comics. The movie doesn’t have the time to name her; its almost break-neck pace moving in such a way that it comes across as perfunctory, severely muting the depth that the film does contain. This lack of development extends to the film's "Big Bad". Despite the character’s portentous buildup in BvS, Hinds’ Steppenwolf is mighty in power but singular in dimension. He manages to present himself as a credible threat to the League in terms of power, but his one-note nature robs him of any sense of menace. Further, the CGI nature of the character is obvious enough to be distracting; an unfortunate condition that extends into the fight scenes with other characters. Speaking of the action scenes, they vary in terms of quality. Some of the scenes are wonderfully rendered, while others either show their CGI weakness, and a few are less thrilling than they should be. Perhaps the lack of definition of the actual threat bleeds into the stakes of each encounter. The audience doesn't really get what's at stake...unless, again, you're "in the know."

As aforesaid, Justice League represents a tonal shift from the more grim and gritty nature of the films that preceded it. It's peppered with moments designed to effect a more uplifting resonance, such as incorporating elements that, depending on one's outlook, can be either inspired influence or blatant rip-offs; a smattering of Tolkein here, a sprinkling of Mary Shelly there...oh, didn't I see this in Avengers: Age of Ultron…beats so recognizable that they threaten to take one out of the story.

Even the score reflects this change in mood. A welcomed respite from the previous films cacophonous scorings, Danny Elfman’s orchestrations not only teeters into Ultron territory (unsurprising, given that he co-scored that film), but peppers his more lyrical music with acoustically motifs inspired from other adventurous, heroic scores of the past (close your eyes and you can hear a snippet from Jerry Goldsmith’s The Shadow here or the rousing chords from John Debney’s Cutthroat Island there). But most distinctly, Elfman incorporates themes from the Big Three’s cinematic past, including his own Batman contribution, Zimmer/Junkie XL’s theme for the Amazing Amazon, and one of John Williams’ most recognizable pieces. The cynic would say that this is acoustical emotional pandering to associate past triumphs with this film to bolster it. The critic, found it a joy to experience them in a multiplex again. The cynic would decry this as a film created by committee to distance itself from its past darker turn in order to maximize revenue. This only makes sense since any major studio release is a financial venture looking to maximize its initial investment. Unfortunately, it is blatant in its design. Conversely, it’s this welcomed change in tonality that the Warner/DC brand of films need.

Indeed, this new, relatively light-hearted tonality is personified in the characters. For example, in the changed perceptions of The Batman, whose outlook has changed after witnessing Superman's (Henry Cavill, whose character's presence is felt throughout and colors the events of the film) sacrifice in BvS, and Diana (whose origin undergoes a slight retcon from her eponymous film) struggles with her own loss. They are emblematic of the film's biggest strength: it’s exploration of the interpersonal dynamics of the newly-minted League. This drives the film as much as seeing them use their abilities in unison. The break out character is easily Miller’s Allen; his fish-out-of-water personality endearingly provides much of the film’s organic humor. That aquatic description may seem more apt to another Leaguer, but Jason Momoa is very much at home in his character’s radically-changed-from-source-material skin. If this is his and the filmmaker’s attempt to put lame Aquaman jokes to rest, they’ve succeeded in spades. His charmingly macho-yet-sensitive surfer bro take of the character adds a wrinkle that plays well off against the other characters…enough to overshadow Affleck’s Batman. Nevertheless, both Batman and Wonder Woman continue their own arcs from their previous films, leading to some very satisfying results. Arguably, the least compelling character is Ray Fisher's Stone, but that is solely in comparison to that of his co-stars. His is a strong performance; one that pays off in a very satisfying moment for his character's fans. There are too many names to mention, but special note go to both Amy Adams and Diane Lane, returning as Lois Lane and Martha Kent, respectively, whose shared emotional arc grounds the film in poignant humanity. To say more would be to reveal more (especially given one aspect that's practically an open secret). But, suffice it to say, the actors are clearly having a blast in their roles. They have a chemistry unique to themselves that keep them from becoming a carbon copy of The Avengers. They make their characters come to life, and the bond they present evokes the sense of family that the best Justice League comic book and animated shows excelled at.

Justice League, for all its flaws, is a good, entertaining film that had the potential to be so much more. It’s disjointed nature and narrative hiccups mar what could have been a great adventure; one that should have merited uniting these "super friends" on screen in live action. However, its the charm in the performances of its central cast that save it from being merely serviceable...and it's just way too cool to see them on the big screen. Pay close attention to the opening scene of the film to get a sense of what the film was going for and, to a certain degree, succeeds in. At the very least, these are characters are deserving of a Ted Knight intro.


*P.S.  Kudos go to a certain actor and character; the latter of which hasn't been that bright, inspirational, and badass in quite some time.